Are Original Streaming TV Shows Really As Good As Licensed Ones? 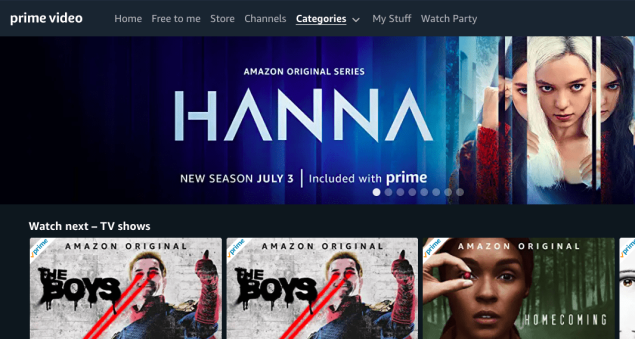 Of the dozens of available streaming services on the direct-to-consumer market, six platforms are considered the major players: Netflix, Amazon Prime Video, Hulu, Disney+, HBO Max and Apple TV+ (sorry, Quibi). Investor studies indicate that the average American consumer is only willing to sign up for a maximum of three streaming services at a total monthly cost of $50 or less. In terms of getting the best bang for your buck[1], Netflix and Amazon Prime Video are probably your best options at this moment. But what if you want to break it down by original vs. licensed content and then take it a step further by exploring the average quality of these libraries?

Fortunately, Reelgood[2]—which tracks every TV show and movie available online for its 4 million-plus users—has compiled data on the number or original and licensed series that are available on each service. And, by combing through IMDb ratings of each TV show, determined what percentage of their libraries can be considered ‘quality’ and ‘high-quality.’ (For your own research, you might want to cross-reference these marks with Metacritic and Rotten Tomatoes scores for a more holistic review.) 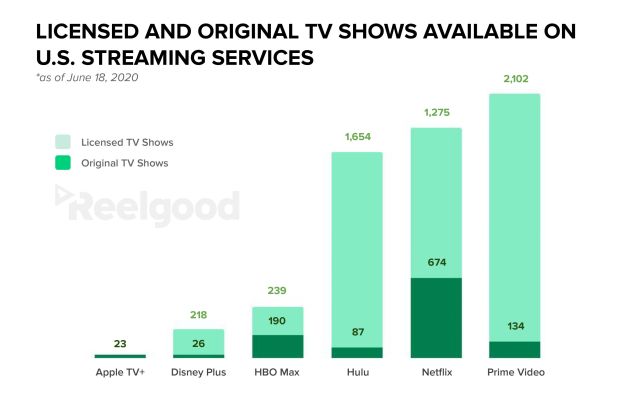 Amazon Prime Video paces the field with 2,236 total television shows, including a market-leading 2,102 licensed programs. But Netflix, with 1,949 total TV shows, leads the field by a wide margin with 674 originals.

In the streaming industry, attractive library content such as beloved sitcoms will help a service retain customers and avoid churn, which is why shows such as The Office and Friends fetched such gargantuan prices on the open market. But it is exclusive original programming that drives subscription growth which is the lifeblood of non-ad-supported streamers such as Netflix, Amazon, Disney+, HBO Max and Apple TV+.

Netflix was set to spend a staggering $17 billion[3] on content in 2020 alone prior to the coronavirus pandemic, more than double its next closest competitor[4]. With that kind of content bill, they better have the most originals to offer. But based on IMDb ratings, which service has the most quality options, defined as any show with at least a 6.5 rating and 300+ votes? 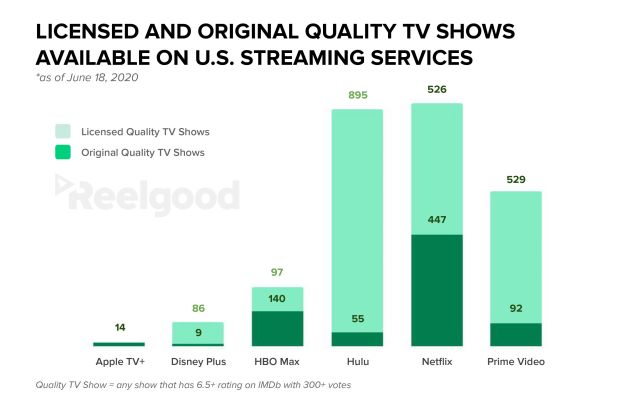 Surprisingly, Hulu lays claim to the best library of licensed TV shows in terms of quality with a whopping 895 series, per Reelgood. Amazon follows with 529 shows and Netflix is close behind with 526. However, when you flip the equation to focus on originals, Netflix takes a clear and commanding lead with 447. That should come as no surprise given the size of their investment into exclusive programming.

Hulu hasn’t grown as quickly under Disney as initially expected, adding just 1.7 million[5] new subscribers last quarter despite the introduction of FX on Hulu. However, the Mouse House is still betting big on the service’s long-term upside. There’s also slightly less pressure on the service to grow its customer base at the same rate as Disney+ given that 70%[6] of Hulu’s users utilize its ad-supported model, which generates a nice chunk of change. Hulu’s ad revenue reached $1.5 billion in 2019 and was on pace to surpass $2.7 billion by 2021 as of last month, according to a forecast by eMarketer.

Now, which service boasts the most “high-quality” TV series, which Reelgood defines as any show with an 8.0+ rating on IMDb and 300+ votes? 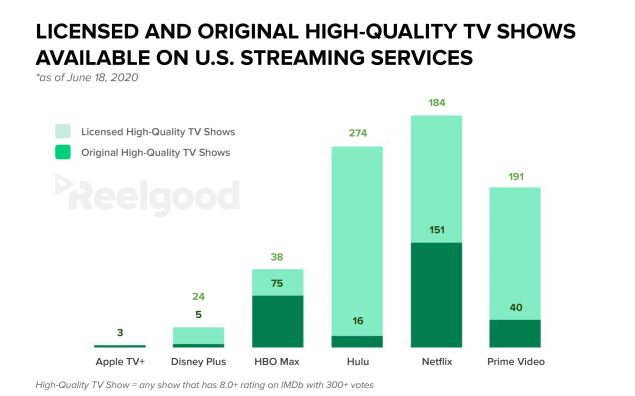 Once again, Hulu’s licensed library leads the way, though it offers just 16 originals in this category. In previous years, the platform has drawn skepticism amid several hierarchal shakeups and the inability to compliment The Handmaid’s Tale with additional hits. But more recently, Hulu has delivered victories such as Shrill, Ramy, Normal People and The Great.

Netflix, meanwhile, continues to hold a significant lead in the original category thanks to their unrivaled years-long investment in in-house development. Stranger Things, Netflix’s flagship series, may be nearing its end, but Henry Cavill’s The Witcher posted enormous viewership numbers (according to Netflix) in its rookie season. Importantly, no other entertainment company has thrived like Netflix during the pandemic[7]; the company added a record 15.8 million new subscribers last quarter.

What’s interesting is that despite a considerably smaller library of both licensed content and originals, Disney+[8] is the fastest growing streaming service[9] in the game. Since its mid-November launch, Disney+ has added more than 55 million paying customers thanks in large part to its blockbuster brands (Marvel, Star Wars, Pixar, etc.) than its actual content library. However, with major Marvel miniseries and several live-action Star Wars series on the way, Disney+’s rapid growth is not expected to slow down any time soon. 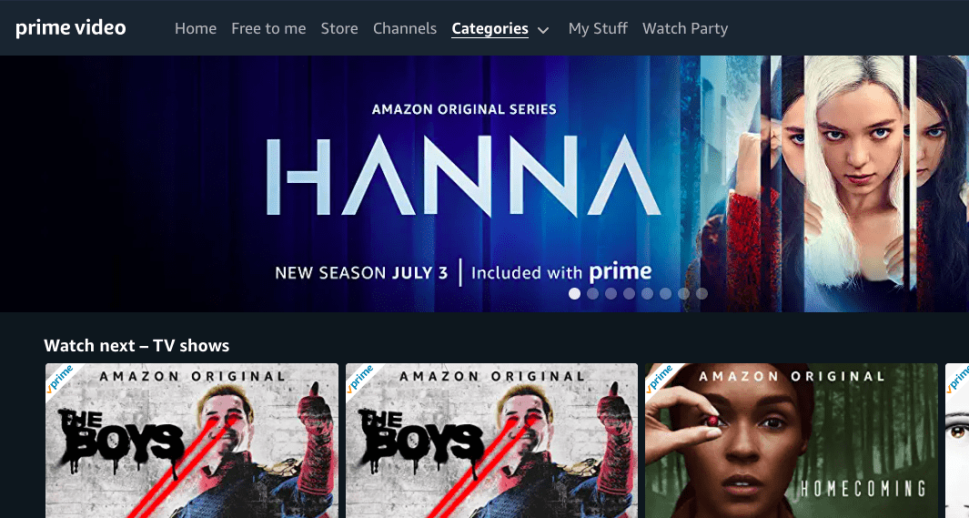