We wanted to hit you with this quick Old School Fun Fact ILOSM family. We all remember the Good Times character, ‘Alderman Fred C. Davis’ right? He had us laughing on many occasions, especially when he would forget ‘Willona’s’ name and ended up calling her every name under the sun except ‘Willona’…such as ‘Wilhemina,’ ‘Winnifrieda,’ ‘Winsomnium,’ ‘Wyomia,’ ‘Waldorf-Astoria’ and even ‘Petronia’ and ‘Philomena.’

His name was Albert Reed, Jr. and the thing we never knew was that all the while we were crackin’ up off of ‘Alderman Davis’ a.k.a. ‘Baldy’ as ‘Willona’ would call him, he had a real life 9-5 job that he reported to every day, even during his stint on Good Times and all of his other acting gigs. I guess he had to make sure he had steady income, so I’m not mad at that at all.

He had a career for 24 years as a Los Angeles International Airport police officer. That’s right “Alderman Davis” was protecting and serving the people from 1959–1983, ending his career as the Chief of Security, which he served as between 1979–1983.

Well who would’ve thought it? “Alderman Fred C. Davis” was actually Chief Officer Reed at LAX. So his TV character was always trying to get over on the good people of a Chicago housing project…getting no respect in return…LOL; while in real life he was a very well respected airport officer, dedicating his days to protecting and serving citizens. Reed was a man of many talents and it would have been really interesting seeing him patrolling the grounds of LAX as a totally different person. I’m sure folks probably greeted him as “Alderman Davis” on plenty occassions back then, regardless of his uniform. 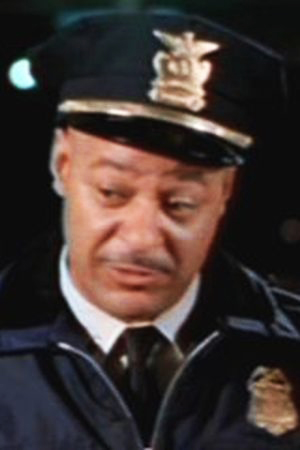 His Several Other Roles In Hollywood

Aside from being an airport police officer and portraying a character on Good Times, Reed also was a voice over actor and had a recurring role on the children’s adventure series, The Secret of Isis, as “Dr. Joshua Barnes”; made guest appearances on The Jeffersons, where he played as “Louise’s” “Uncle Ward” in the Season 1 episode “Lionel Cries Uncle”; and Sanford and Son. On Sanford & Son, he actually portrayed the role of “Cousin Grady”, a cousin of Fred Sanford’s, that was in the Season 2 episode titled “The Dowry”; the other character of “Grady,” or “Grady Wilson,” a longtime friend of Fred, later went to actor, Whitman Mayo.; Reed also played “Lieutenant Ned Ordway” in the original Airport movie (1970), now that was a case of art imitating life, because Reed was portraying an airport law enforcement official.

Details On His Passing

Mr. Reed was born on January 28, 1910 and sadly passed away on May 31, 1986. His work will forever be etched into the fibers of our memories. Job well done Albert Reed Jr.

So there you have it folks, just like the Old School saying goes: ‘We learn something new everyday.’